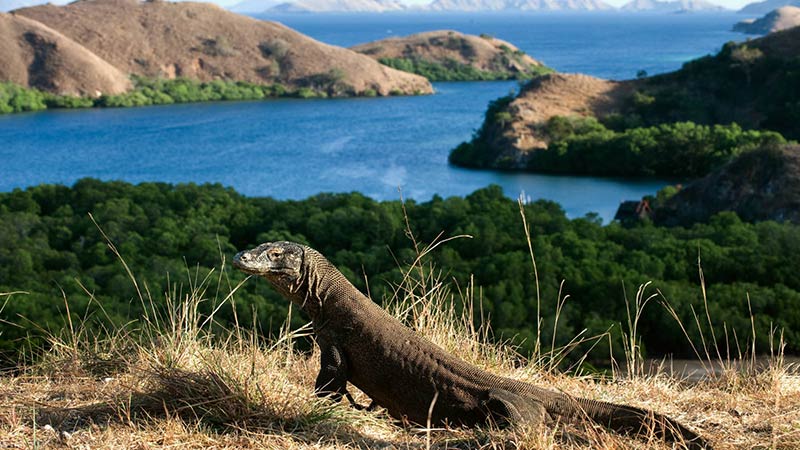 Indonesia is one of the largest countries in the world and consists of over 17 000 islands.. What is the most amazing thing about this country is its beauty: The land, the oceans, the flora and fauna and of course the people. The cultures differ from one island to another, the sceneries vary from rainforests and rice fields to mountains and dry land, and each area has its own wildlife. The best way to explore the wide range of worlds in here, is to visit one of the 51 national parks in Indonesia. Many of them are very remote and it takes time and effort to get to visit them, but I have compiled a list of a few that are quite easily reachable and visitor-friendly. 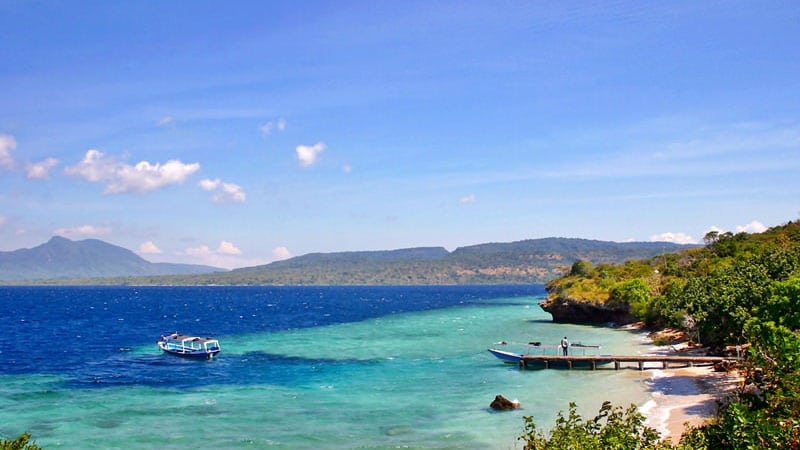 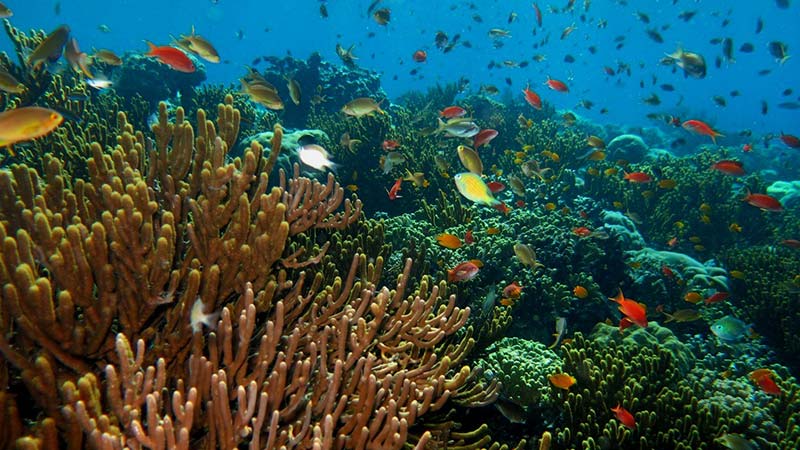 West Bali National Park is located at the North-Westernly tip of Bali. The habitat is very varied with rainforest, dry savannah, acacia scrub and forests. Around the Prapat Agung Peninsula there are long stretches of protected beach and offshore coral reef as well as a small offshore island called Menjangan. This is a popular diving and snorkelling destination. In the protected reserve area to the east, there are several long-extinct volcanoes like Mount Patas and Mount Merbuk. 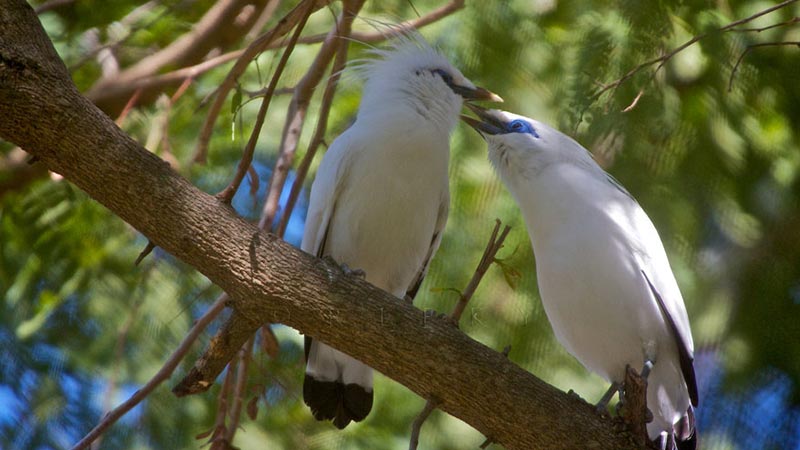 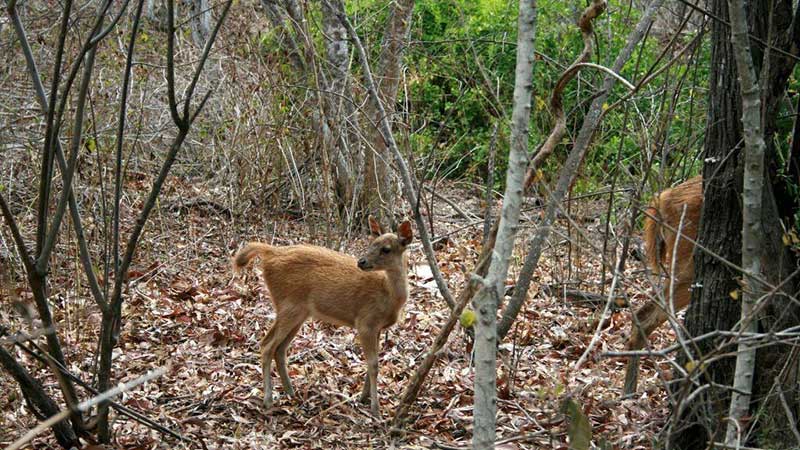 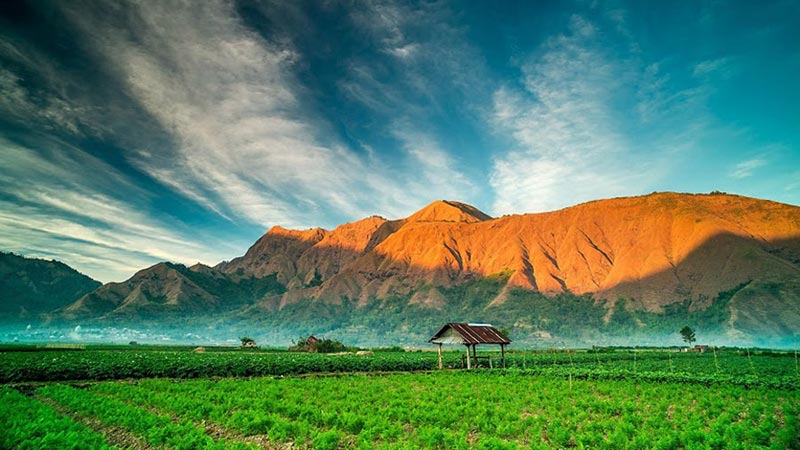 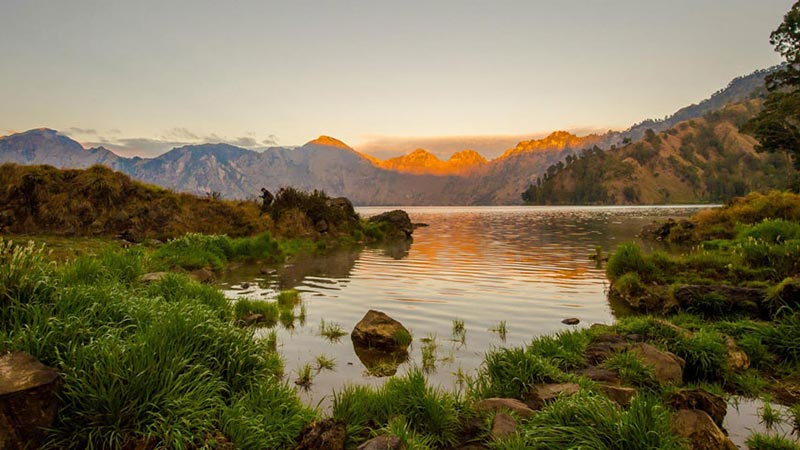 Mount Rinjani National Park, located in Lombok, lies within the major transition zone where the flora and fauna of South East Asia makes a dramatic transition into that which is typical of Australasia. It is home to Mount Rinjani, the second highest volcano in Indonesia (3,726 metres), a few traditional villages and plenty of waterfalls.

The Park has a rich variety of plants and animals, although they can be hard to spot due to the terrain and rainforest cover. Sometimes early mornings you can see the rare ebony leaf monkeys. Older male long-tail grey macaques can be seen along the crater rim. Rusa deers, barking deers, wild pigs, leopard cats, palm civets and porcupine are other species that can be spotted along the trek trails. A variety of colorful birds also live in the forests. The best way to explore Mount Rinjani national park is to go on a 2-4 day hike, which will take you either to the rim, summit, lake or lake and summit. 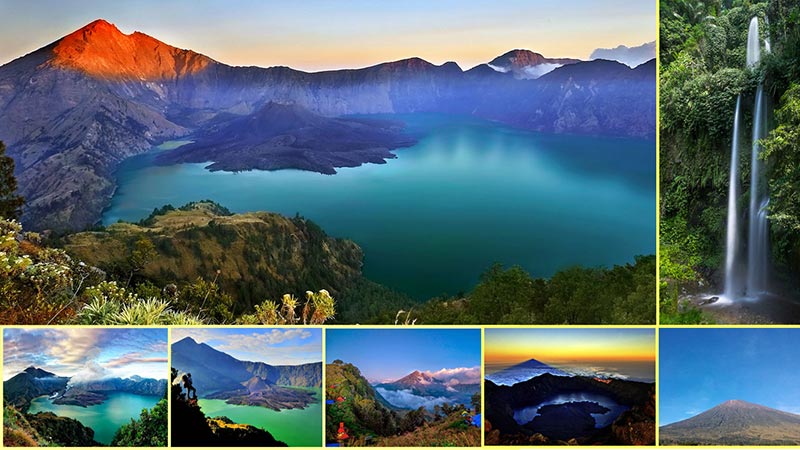 Komodo National park is located in the center of the Indonesian archipelago, between the islands of Sumbawa and Flores. It consists of Komodo island, Rinca island, Padar island and numerous smaller islands. It is most famous for Komodo dragon, world’s largest living lizard which can reach 3 metres or more in length and weigh over 70kg. Other species include Timor deer, wild horses, water buffaloes, wild boar, long-tailed macaques, palm civets, the endemic Rinca rat, fruit bats and some highly dangerous snakes.

As the park is not only the last sanctuary for Komodo dragon but also a unique area of marine biodiversity, it is not surprising that the park is one of the world’s finest destinations for scuba divers. To visit the park is easy, as there are numerous tour operators within and outside of Flores offering tour packages and many local guides and boat captains can help take you there from Labuan Bajo. 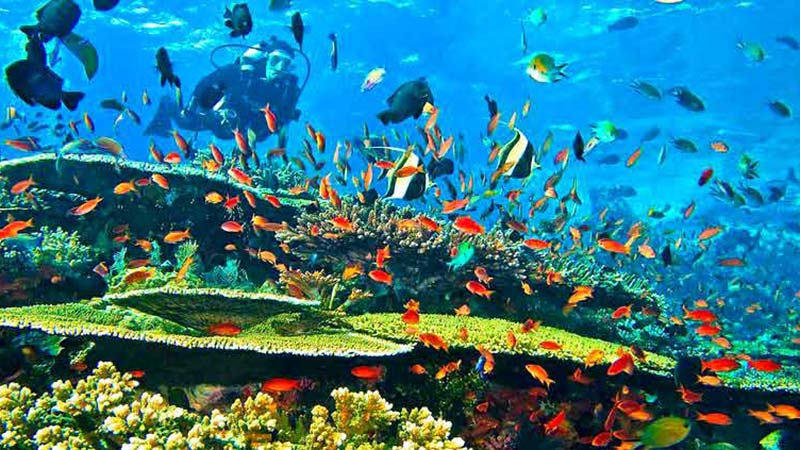 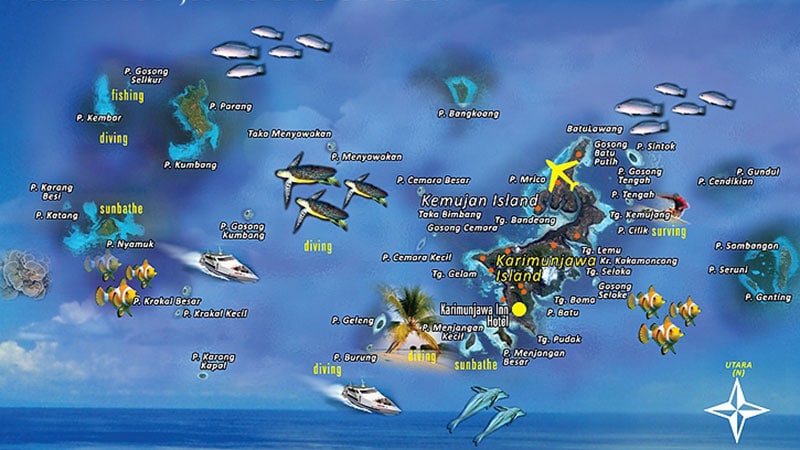 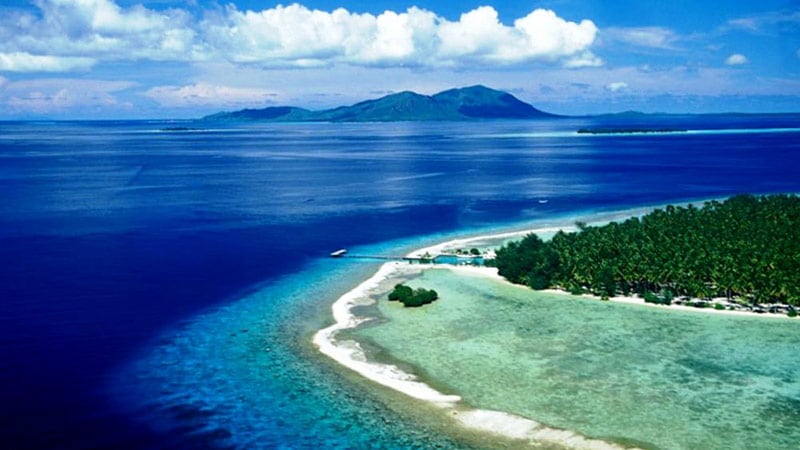 Karimunjawa Marine National Park is one of the six marine national parks in Indonesia. It is and island chain stretching in a northwesterly direction 83 km from Jepara. Central Java. This archipelago is a cluster of 27 islands in the java sea. Only seven of the islands are inhabited. Its ecosystem consists of coral reef, seagrass and seaweed, mangrove forest, coastal forest and low land tropical rainforest.

The aquatic life is diverse and there are also about forty different bird species, two endemic butterfly species, Javan rusa deer, Sunda pangolin, Malayan pit viper and turtles. The white sand beach islands are perfect for swimming, diving, snorkeling, sailing, surfing, water skiing, camping, deer and bird observation. Getting there is easy as there is a regular ferry and fast boat between Jepara port and the islands. 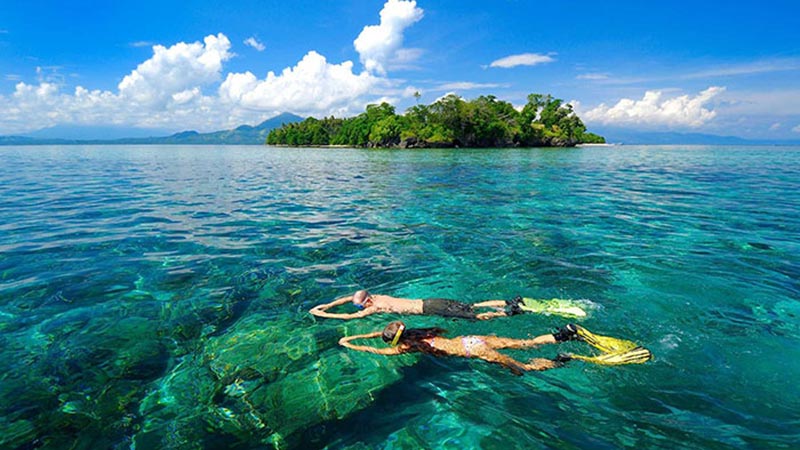 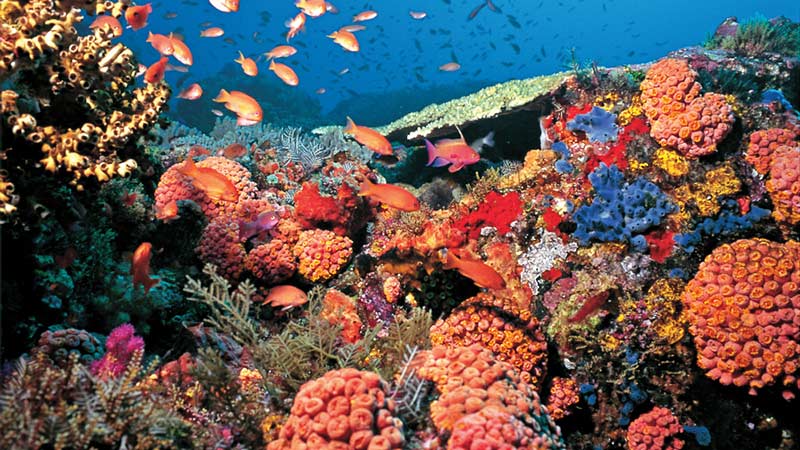 Bunaken National Park is a marine park in the north of Sulawesi. The park is located near the centre of the Coral Triangle, providing habitat to 390 species of coral as well as many fish (for example tuna, barracuda, trevallies, sailfish, bannerfish, angelfish, snapper, grouper, goby and butterflyfish), eagle rays, reef and black tip sharks, mollusc, reptile and marine mammal species (dolphins, pilot whales and sea cows). Even humpback, killer and sperm whales occasionally pass through the area. It is claimed that this park has seven times more genera of coral than Hawaii and more than 70% of all the known fish species of the Indo-Western Pacific.

97% of the area is marine habitat. The remaining 3% of the park is terrestrial, including the five islands of Bunaken, Manado Tua, Mantehage, Nain and Siladen. Due to the outstanding marine biodiversity, Bunaken national park is a heaven for divers. The most famous of its islands, Bunaken, can be reached in 30 minutes by a speed boat from Manado. 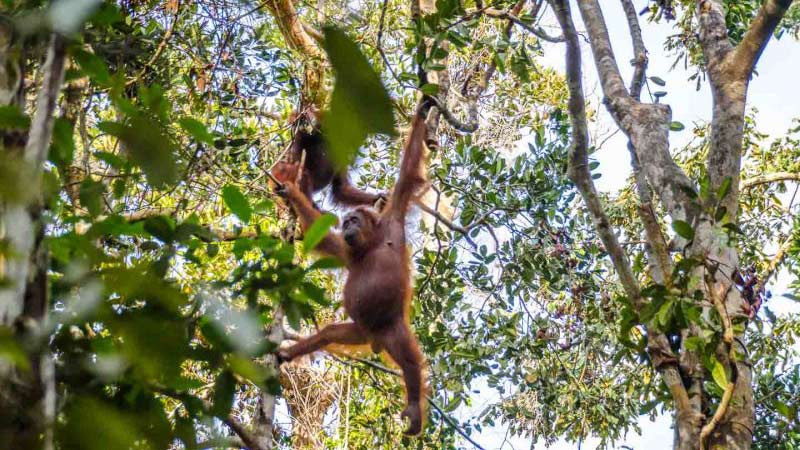 Tanjung Puting is located in Central Kalimantan and consists mainly of mangrove swamp, low-land rainforest and dense jungle. The fauna includes for example of gibbons, crocodiles, hornbills, kingfishers and proboscis monkeys. This national park is actually the best for witnessing orangutans, as sightings are 100 % guaranteed.

A three to four day boat trip is required to reach the first and foremost orangutan rehabilitation site, Camp Leakey, where you can see them roam freely. Along the way, on a simple Indonesian fishing boat called klotok, you’ll stop at designated feeding spots and can see orangutans, gibbons and proboscis monkeys hanging from the tree tops. 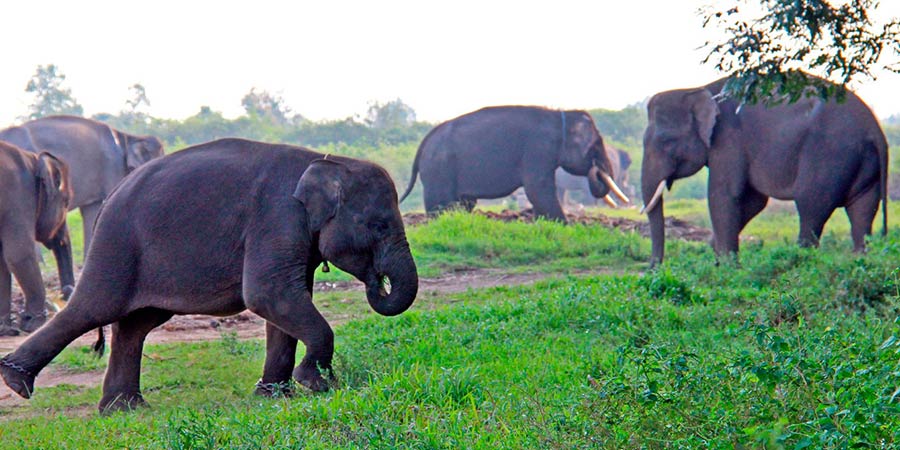 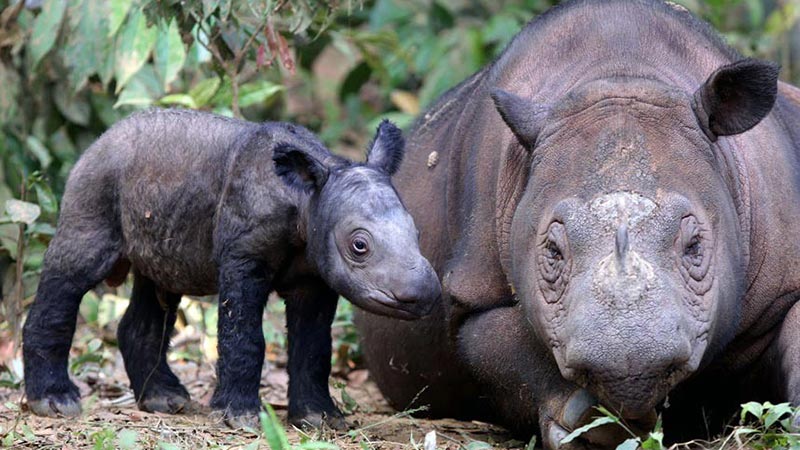 Way Kambas in the Lampung district in Sumatra is home to extensive array of flora and fauna, many of which are endangered and only found in this part of the world. Amidst the lowland rainforest, swamp, mangrove, dry beach forests and expanses of grassland you can witness Sumatran tigers, Sumatran elephants and Sumatran rhinos as well as monkeys, tapirs and leopards. Way Kambas is also an excellent bird-watching location, as it’s home to the rare white-winged wood duck.

The rangers here are knowledgeable and will keep their visitors well informed of some of the most diverse wildlife in Indonesia while touring by walking, cycling, boat or on elephant safaris. For a tamer experience the Elephant Conservation Centre and the Sumatran Rhinoceros Sanctuary offer the chance to see and interact with animals in semi-captivity. 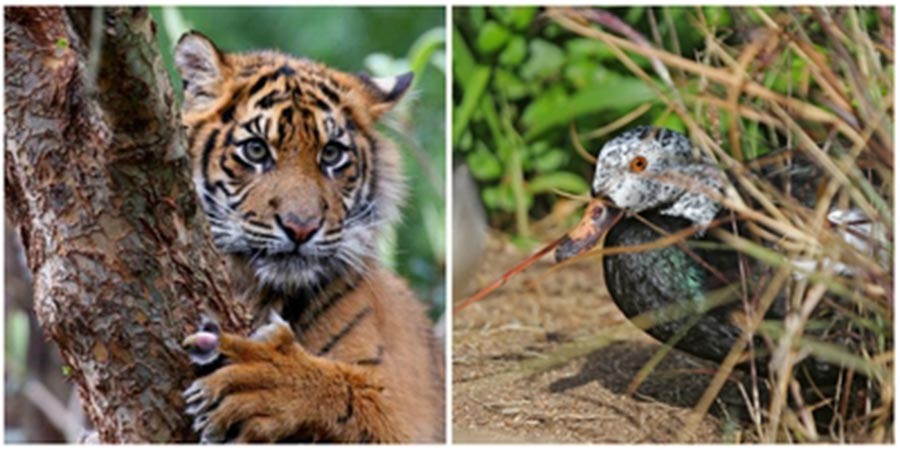